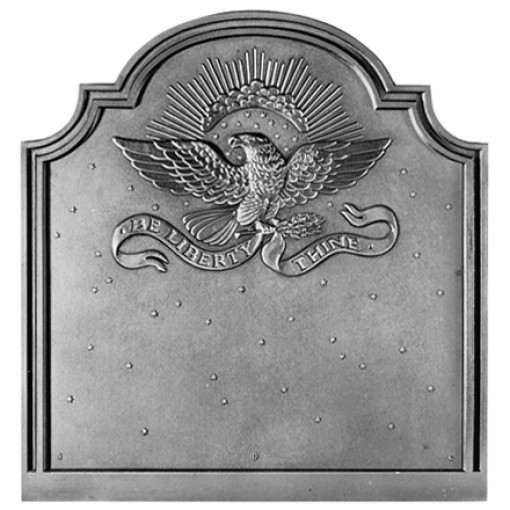 This fireback was created to commemorate the two-hundredth anniversary of the American Bald Eagle's use on the Great Seal of the United States. One of the first castings of this fireback was sent to the White House as a gift and was accepted by President Ronald Reagan.

Filled with symbolic references, the Bald Eagle is depicted holding a banner with the motto "BE LIBERTY THINE" in it's right talon while in it's left are arrows and an olive branch. Surrounding the Eagle's head are thirteen stars with thirty-seven others in the background. Behind the Eagle is a sunburst with seven major and six minor rays piercing the clouds.