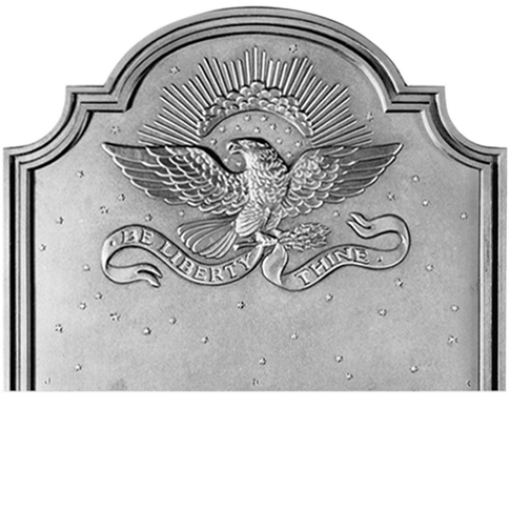 This fireback was created to commemorate the two-hundredth anniversary of the American Bald Eagle's use on the Great Seal of the United States.

Filled with symbolic references, the Bald Eagle is depicted holding a banner with the motto "BE LIBERTY THINE" in it's right talon while in it's left are arrows and an olive branch. Surrounding the Eagle's head are thirteen stars with thirty-seven others in the background. Behind the Eagle is a sunburst with seven major and six minor rays piercing the clouds.