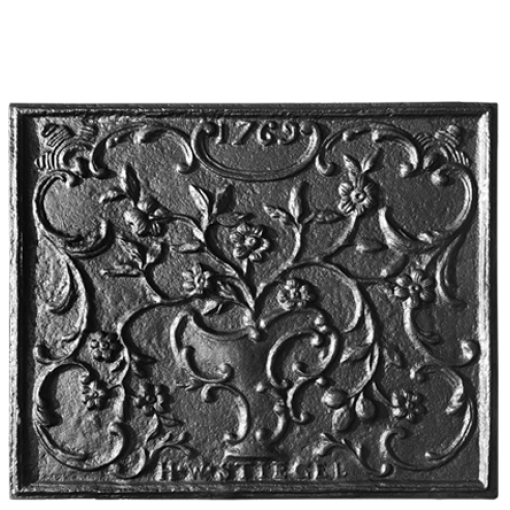 This side from a dismantled five plate stove was used for many years as a fireback.

Cast at the Elizabeth Furnace, Pennsylvania, this plate, like the Hereford Stove Plate, is unusual for not featuring a religious theme as did most stoves of the time.

Henry William Stiegel, known as The Baron, was an early American ironmaster. He founded The Elizabeth Furnace (named for his wife), and the town of Manheim in Lancaster County, and the Charming Forge of Berks County, Pennsylvania. He is better known today for his glass ware. Encouraged by the patriotic adoption of a boycott of British imports and having already made window glass and bottles at Elizabeth Furnace, Stiegel built a glassworks, later called the American Flint Glassworks, at Manheim.